Jason is a 13 year old boy who knows he is different but he does not understand why.  He blames himself for the difficulty he has had in school and with social relationships over the years. He thinks he is not trying hard enough or is not smart enough.  His teachers and parents view him as willful, rather, than ‘unable’ due to his hidden disability.

In preschool, Jason was usually the ‘kid in trouble’ and was asked to leave a few programs.  His brain was built differently and his sensory system did not attenuate to sounds, light, or touch sensations so the happy, loud, busy world of children felt like an intrusive ‘rock concert’ to him. (1)  He had no words to describe this of course and was blamed for his behaviors.  As he moved through elementary school math, reading, and social relationships became more difficult.  The other kids bullied him.  His difficulty ‘reading’ social language cues made him vulnerable to the influence of others.  He had such a hard time making and keeping friends that he made a retreat to the world of video games to feel safe and competent.

In middle school, the executive function skill demands have increased tremendously and he is struggling with teachers having different rules, multiple classes, and completing the steps to follow through on homework.   He is distractible and impulsive and needs constant supervision and reminders to complete hygiene tasks and household chores.  He takes longer to respond to a question, to do a task, or to present an idea.  In the ‘microwave world’ of today, he is a ‘crock pot’ kid.  He is immature for his age and not able to do age-appropriate independent activities like his peers.   He has great difficulty being ‘flexible’ in his approach to problem-solving social or other challenges.  Over the years, he has been given the diagnoses of ADHD and Oppositional Defiant Disorder. (2)   But what he has is the hidden disability of Static Encephalopathy (or Alcohol-Related Neurodevelopmental Disorder-ARND) different terms for types of Fetal Alcohol Spectrum Disorders (FASD.) (3) This permanent central nervous system disorder impacts his ability to succeed in school, in social skills development, and to live independently.

Jason has no idea that his mother drank before she realized she was pregnant with him.

The neural pathways that should have developed during the early stages of her pregnancy, when she was ‘partying’ on the week-ends, were altered via multiple mechanisms. The legal drug alcohol is the only teratogen among the many substances of ‘abuse’ (i.e. tobacco, cocaine, methamphetamine, heroin, opioids, marijuana…to name a few.)  Teratogens kill and alter cells in a growing embryo/fetus and can cause physical/structural and functional alterations.  Brain cells are sensitive to the alcohol the entire nine months and alcohol exposure is the number one cause of preventable intellectual disability.   The classic features of Fetal Alcohol Syndrome (FAS- small eye openings, flat/absent vertical groove under the nose (philtrum) and thin upper lip) are not that common (9-10% of children) so most of the affected children have no outward sign of a problem. (4) In Jason’s case, the altered central nervous system (‘hidden disability’) has changed the course of his social, emotional, functional, and intellectual abilities.

Youths like Jason, when they understand their condition, want reproductive age men and women to know that it sucks to have an FASD. The prevalence of this disability may be 2-5% (5) of the US population. Women drink differently than they did 40 years ago.  Binge pattern drinking (more than 3 ‘standard’ drinks/occasion) is more common now for women (6) and about half of all pregnancies are still unexpected or ‘mistimed.’  As a result, there is a significantly higher risk of unintended alcohol-exposed pregnancies than in the past.

As women’s health care professionals, what is our responsibility to educate women and men of childbearing age about FASD?   Advice to drink  responsibly and use effective contraception when drinking are powerful messages.  Kids’ lives and future potential depends on the choices their mothers/parents make today.   Why should a woman take the risk of consuming any alcohol during pregnancy?  There is no benefit to using a teratogen and we know there can be significant harm.   FASD’s are 100% preventable if women do not drink during pregnancy.

You can also learn about the work AWHONN is doing with the  Fetal Alcohol Spectrum Disorders Prevention Project of the Arc to increase health care professional knowledge of the risks alcohol can pose to a fetus, encourage the use of FASD prevention strategies and provide educational opportunities to health care professionals, including nurses, midwives, and nurse practitioners.

Please let us know what you think! Cancel reply 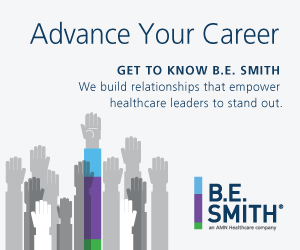 Let us know what story you want to share though our Blog Idea Submission Form.